When I was exploring the hiking trails of Hingham, the George Washington Forest proved to be a surprise to me. I knew the forest was some what sizable, but I did not expect the length or variety that exists here. 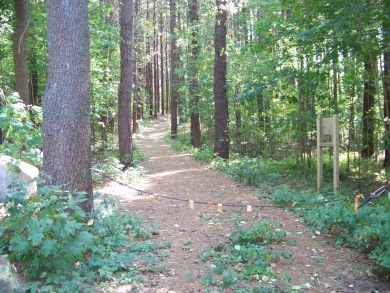 My journey started at the South Pleasant Street entrance. Other entrances include three on Charles St. one directly across from Saw Mill Pond Rd.  Yet another on Prospect St near the intersection  with Amber and Hoover Rd.

There are 107 acres to this delightful property.  Acquired by the town in 1920 as farm land to be reforested. The tree warden at that time was hoping to explore a commercial harvesting aspect to the property which did not prove profitable. 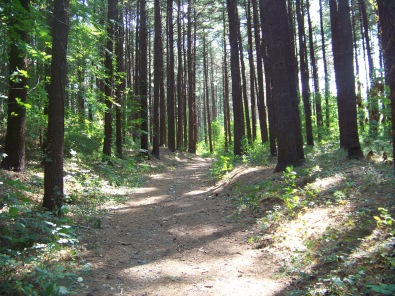 Red and White Pine were planted as well as Norway Spruce. Oak and Maple can be found in the forest as well.

Unfortunately the red pines have recently been found to be infected by an insect called red pine scale. Many of the red pines in the forest are dead, pose a problem, and are scheduled to be removed.

you will find poison ivy

Once my journey began it soon became apparent that the hiking trail I was following was labeled  T-2.  At this end of the forest the pine trees are heavily abundant.

The immediate feeling upon entering the forest is that of being lost somewhere in a deep forest. 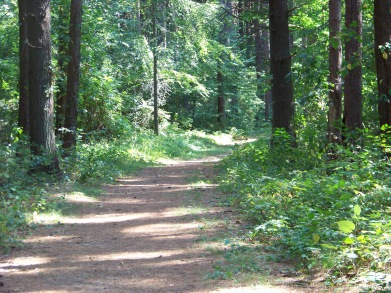 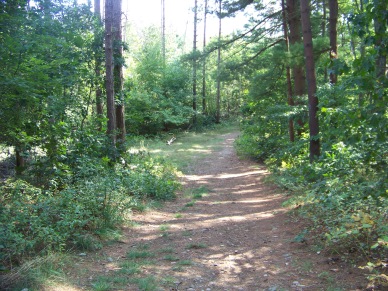 Soon it intersects with another

Here it opened up a bit and 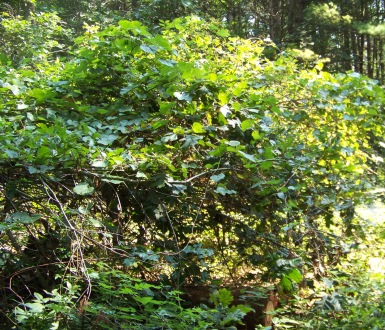 I came upon an area with grapevines.

A little early to tell if they

Further up the trail, I found another intersection with a trail labeled T 3  and finally at the southern end of the forest, another labeled T 1.

Not sure if the "T" stands for trail or the letter T as each of these wide trails could form the letter T with this main trail of T2.

Those trails that are marked by the letter T are wide either road or cart path sized. 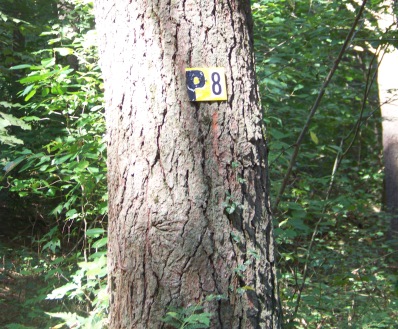 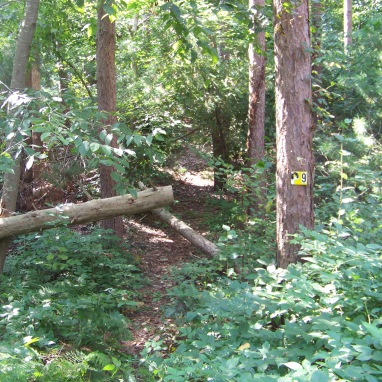 Along the way were many more smaller trails marked with the letter P (for path??).

These truly are path sized and some seemed quite narrow. 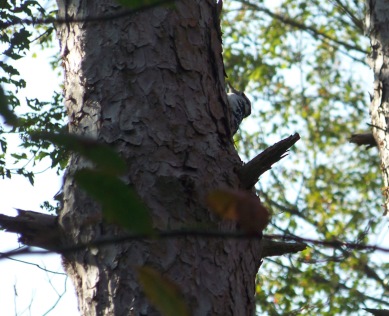 What really caught my attention during my exploration

of these hiking trails was the abundance of bird song

and the sound of many woodpeckers busy looking for food. 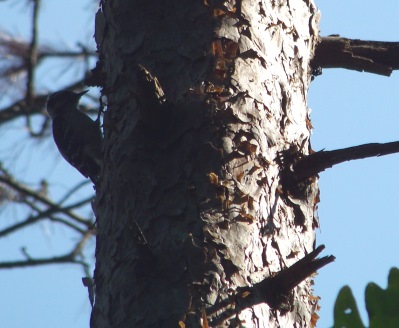 I was able to capture a few with my camera

even though my skill in this area is lacking for certain! 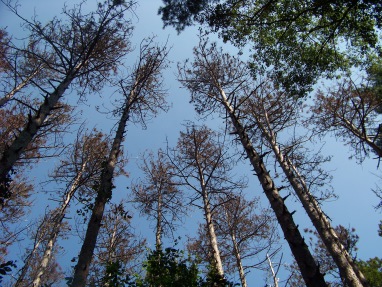 What I unwittingly did that summer day was document the problem with the Red Pines in the forest. It had seemed almost enchanting that the birds where there in such abundance. In retrospect it's logical. It was like gathering the harvest to those woodpeckers!

I read somewhere in town open space plans that a trail linking Wompatuck State Park to this forest using Saw Mill Pond Rd is a consideration.

The closest marking on the Wompatuck trail map  is S1 near Prospect Hill.

No doubt it would go by Saw Mill Pond itself.

Yet there already exists a paved park road that leads out to the end of South Pleasant st. where a kiosk exists.

There is a bit of a walk to get to the entrance of the George Washington Forest but still pleasant.

This trail description I had hoped to make a bit more lengthy, but unfortunately the park is currently closed due to the removal of the Red Pine trees. 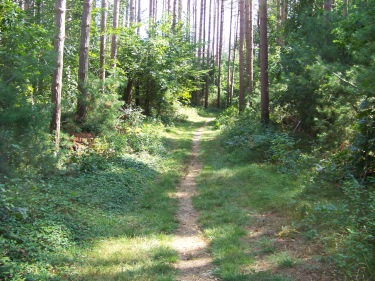 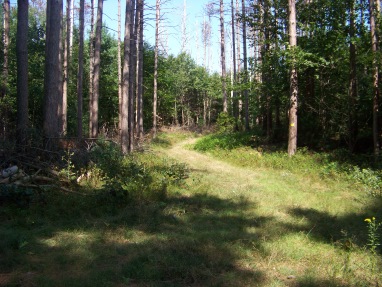 Most portions are now open, though some areas still need removal of affected pines!

Currently the George Washington Forest is closed due to unstable red pines infected with scale and the process to remove them!

off road on South Pleasant St. or at next intersection take right onto Charles St. Much road side parking available on this street.

one at corner of south pleasant and charles