The hiking trails at Ames Nowell State Park are plentiful. This park is said to contain approximately 600 acres. Of those 600 acres, 88 of those acres contain Cleveland Pond. The rest of the park contains a great many hiking trails. Some marked, many not. 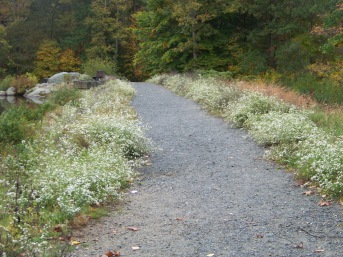 Beaver Brook flows into Cleveland Pond to the north and exits at it's south. It is at this brook that the former mills of Old Abington stood.

A Bit of History:

Originally there was a sawmill in the 1720s at the northern area where the pond now starts.

This became a gristmill in 1785 when the surrounding community needed cornmeal more than lumber. 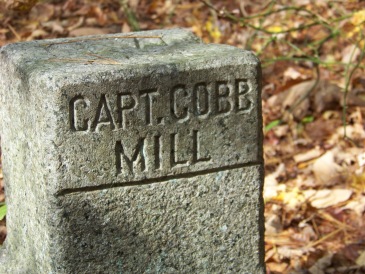 The property changed hands several times, and then in 1903 the mill was destroyed.

In the 1920s, a rich lawyer named Edwin Holmes purchased the land and built a dam, causing it to become the manmade pond now called Cleveland Pond. He eventually turned the property into a bird sanctuary and hunting grounds.

Ames Nowell purchased the land in the 1930s when Holmes was unable to pay land taxes during the Depression. Ames Nowell was the grandson of Oliver Ames the 35th governor of Massachusetts. 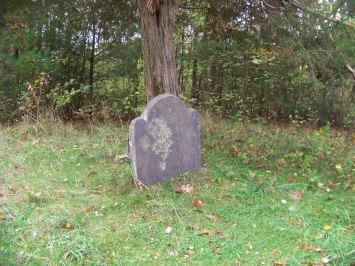 Another historical feature of the park is the Richards Family Burial Ground. It is located at the north east corner of cleveland pond. The website US Gen Web Geneologic site describes it as on a knoll between Beaver and Deacon Brooks.

There is only one gravestone remaining which is almost illegible.  Records show that it belongs to Joseph Richards Jr. 1727-1785, a veteran of both the French and Indian War and the Revolutionary War. There is actually a second one behind this one, broken and completely illegible.

Trips hiking in this park can be made of varied lengths. The popular and most used part of the park seems to be east of the power lines.

Yet some of the more interesting portions of the park are beyond where the usual park visitor wanders.

There has been some new trail work that makes it possible to hike around the whole of Cleveland Pond. If you had attempted this in the past you know how difficult a task that previously had been.

If you are that explorer at heart that this website appeals to, then exploring Ames Nowell state park will be a delight. 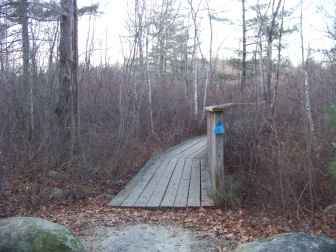 There are two board walks in this park.

One is easy to find on the more popular eastern side, 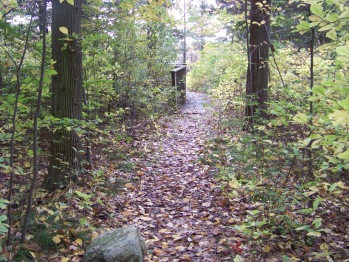 the other is older and requires time to find.

It is in the less used part of the park.

For me it became the quest to find the other boardwalk! 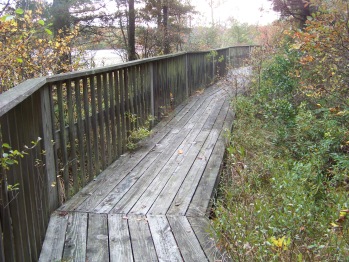 Both board walks have a fencing along the side facing the water.

Neither should be confused with the many plank board crossings at wet areas of the park. 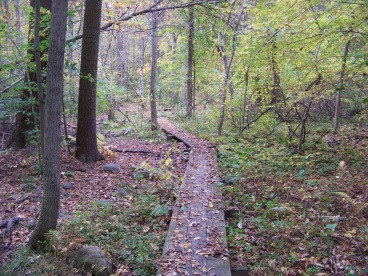 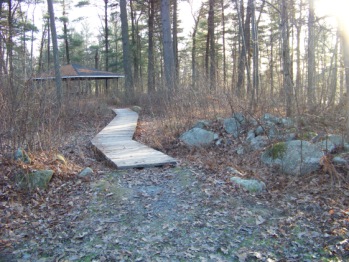 Ames Nowell backs up to Beaver Brook Conservation area which is in the City of Brockton. Some trails not on the map lead into that conservation area. 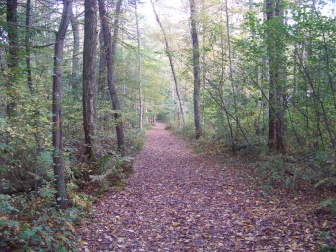 The hiking here is mostly easy,

many cart paths or fire roads

and only slight grades to deal with. 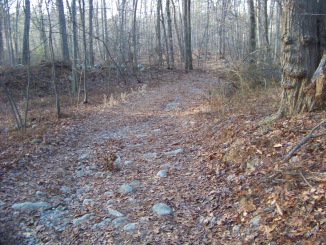 There are times though, that trails become rocky, or 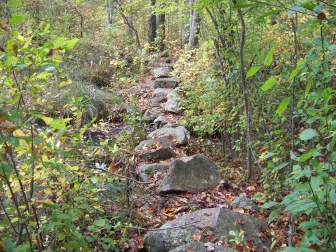 have somewhat difficult water crossings. These are mostly out in the less traveled parts of the park. 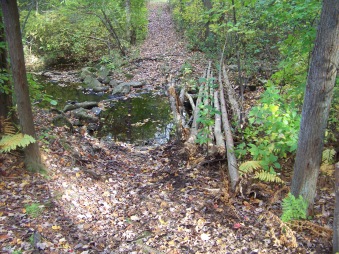 Though it is possible to spend hours hiking here, 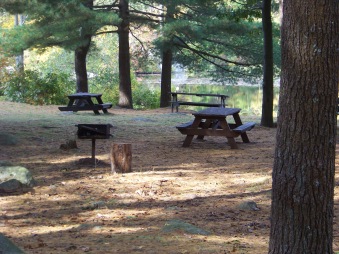 there are several short interesting walks.

There is a picnic area,

and many benches scattered throughout the park making it easy to take a rest and enjoy the scenery. 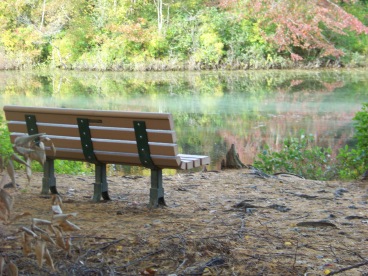 From Boston heading south on route 93 to route 3 at split take exit 38 south on route 18 approx. 5 miles. Take right at intersection of route 139 (West). Take 2nd left on Lincoln and follow to end with a left on Hancock st. Take 2nd right on Presidential Dr. following to end and right on Linwood st. State Park is on the end of Linwood.

Regular parking lot that can accommodate many vehicles.

many trails whereby any length of time can be arranged depending upon hike chosen.

some more remote areas being difficult only by water crossings

Several, primarily Cleveland Pond with Beaver Brook flowing into and out of the pond.

For those without a smart phone